News is only NEWS because it is out of the Ordinary 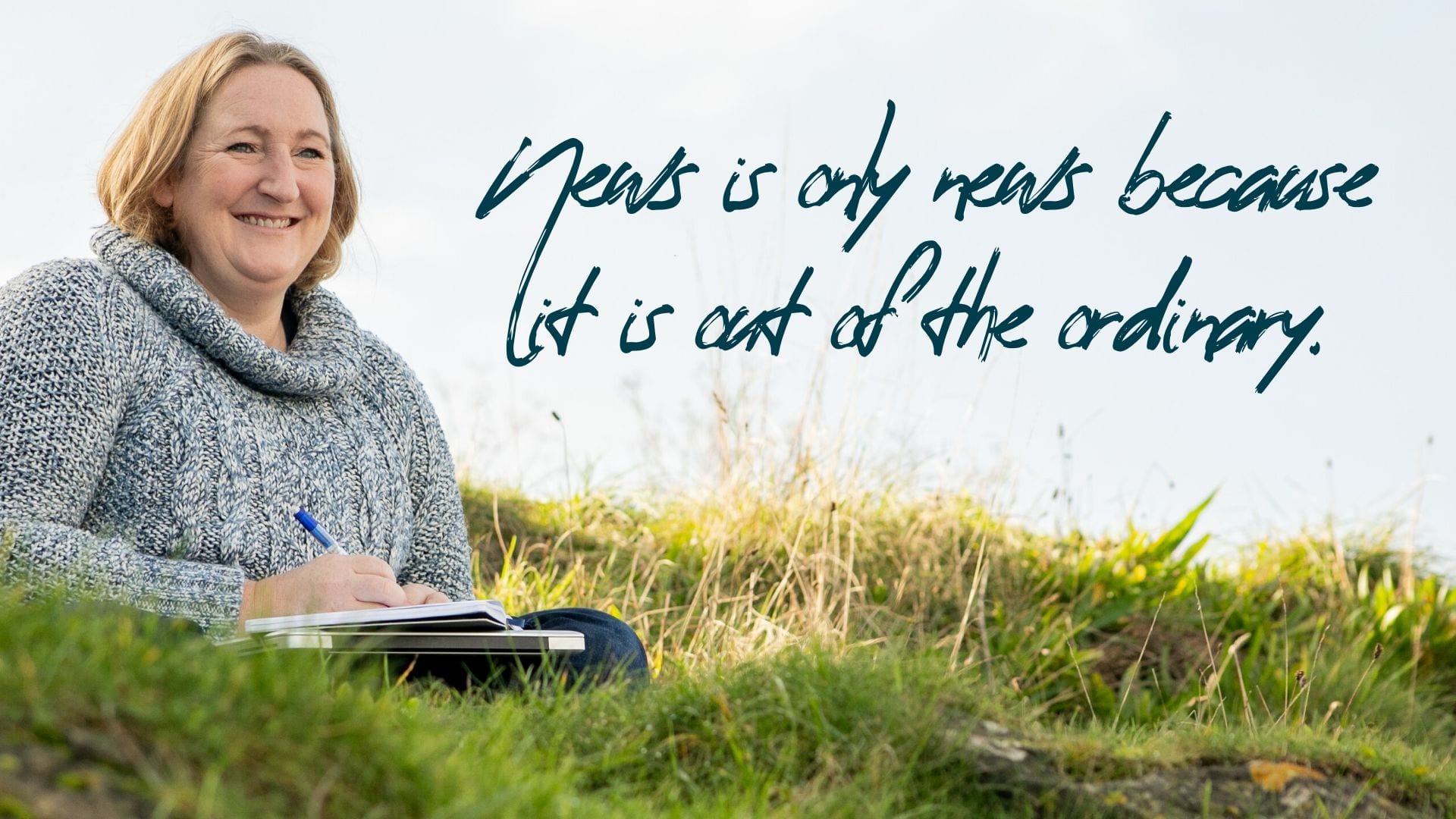 News is only news because it is out of the ordinary – this is something that is really easy to forget when we live in a society where there is no escaping “The News”.

I lived pretty much without news for eleven years. For five years I worked in the Okavango Delta in Botswana – no television or the means to watch one, no newspapers and only what we called “snail-mail”, a very limited internet service which was more trouble than it was worth. Life was pretty simple. You got up with the sun, or before it, you did your job to the best of your ability and you went to bed with a sense of satisfaction. This satisfaction came from the knowledge that you had survived another day – with limited resources, in a remote environment all you could do was your best with the tools available to you and the people you had around you.

For the next six years I lived in Cape Town, South Africa. Although I had access to television, newspapers, a car radio and the internet, I only passively engaged and never felt as if I was “missing out”. I did not have cable TV which limited viewing to only four national channels; there was very little reporting on international issues and events and somehow life had a different emphasis. Of course I was aware of events and issues in South Africa but it wasn’t all-consuming. I cannot remember “the news” being a regular discussion point, maybe a fleeting “did you hear” comment but it certainly did not dominate conversations. My time was spent at work, dancing, studying or outside enjoying the sunshine, engaging with people, finding new dining experiences and exploring places of beauty. The only time I ever felt disconnected was when I returned to the UK for Christmas and had absolutely no idea what conversations were about – but even then it was not important enough to me to trigger the need to stay in touch with current affairs. Life was different, and I would retrospectively suggest more balanced.

It was easier to notice the beauty of “ordinary life” – the scale and magnificence of the breathtaking scenery helped to keep things in perspective.

I moved back to the UK about eighteen months ago and have been shocked at how quickly I have been absorbed into what is essentially a media frenzied society. There is no escaping – news is everywhere, it is all day, every day, and has an amazing ability to capture your attention, whether you want it to or not. Last week felt like a particularly news dense week, or so I found: mass shootings in Orlando, the senseless killing of an MP, the scare-mongering around the EU referendum, the violent behaviour of fans at Euro 2016 and the ongoing Donald Trump saga, to name but a few reports in the media. Nothing other than: death, fear, violence, anger, hatred, terrorism, wrongdoing, poverty, hatred and war. It felt more than a little overwhelming and I found myself reflecting on what seemed to be a litany of disasters – wondering what had become of the world and human nature, wondering if there was any hope.

It is so easy to enter a downward spiral and lose perspective when the media precipitates “bad news”, stimulating negative thought processes which can then become fact, unless we consciously decide to look for the evidence that contradicts what is reported.

The evidence is there, but increasingly it seems we have to make a conscious effort to look for it instead of allowing ourselves to unconsciously absorb all of the negative images propelled in our general direction through the multitude of available media channels. We have to choose balance and remember that we do live in a world of duality, therefore if one extreme exists so must its polar opposite – even if it doesn’t make the headlines.

Having dinner with my father last week, and being halfway through my monologue about the chaotic state of the world and the ugliness of human nature, he handed me a book – “Celebrating Life” by Jonathan Sacks. In it he describes an experiment he carried out, showing an audience a sheet of white paper with a black dot in the centre. When asked what they saw, all but one replied “A Black Dot.” The black dot was less than 1% of what they were looking at, yet the majority had discounted the white sheet of paper that gave the black dot its context. A simple experiment like this helps us to understand why the media so often presents a distorted view of the world. Our attention is drawn to the exceptions and not to the rule.

We take the vast majority for granted and home in on the odd, the discrepant and the out-of-place.

So is the world really as bad as it seems?

I am not trying to deny the fact that bad things do happen and that they have a tremendous impact on the lives that they directly and indirectly affect, neither am I trying to downplay the pain, suffering, cruelty, violence, corruption and wrongdoing that prevails in the world. I am merely saying “Stop and Think” instead of being caught up in a torrent of negativity and washed down the river into the sea of despair and powerlessness (okay – maybe a little over dramatic!). Jonathan Sacks wrote, “bad news is news precisely because so much of life is good – law breaking is noteworthy only because the vast majority of people are law abiding – corruption hits the headlines only where honesty is the norm – the very fact that bad things are newsworthy is the most telling evidence of the fundamental goodness of our world.”

So what can we do to avoid permitting the exceptions to dominate our overall perceptions? We can see what actually exists, not just what catches our attention. We need to consciously look beyond the immediate, walk with our heads held up instead of looking down. We need to flood our senses with the intricacies of the natural world, see the brilliance of the colours, acknowledge the greatness of most of creation and focus our attention on acts of human grace, kindness, strength, generosity and love. We are gifted with the ability to see existence as a whole and in order to create a balanced perspective we can choose to bring to the foreground what resides in the background – see the white sheet of paper, not just the black dot.

This is where I think hope exists and hope gives us a reason to fight against the gravitational pull of the downward spiral that leads to the place called powerlessness and despair.

You can dismiss me as naive, sentimental, an idealist, even a little crazy but I have decided to consciously filter the “bad”, the “negative”, the “out of the ordinary” and focus on the “positive”, the “potential”, the “good” and the “ordinary”.

After all, what we give our attention to inevitably becomes our reality. 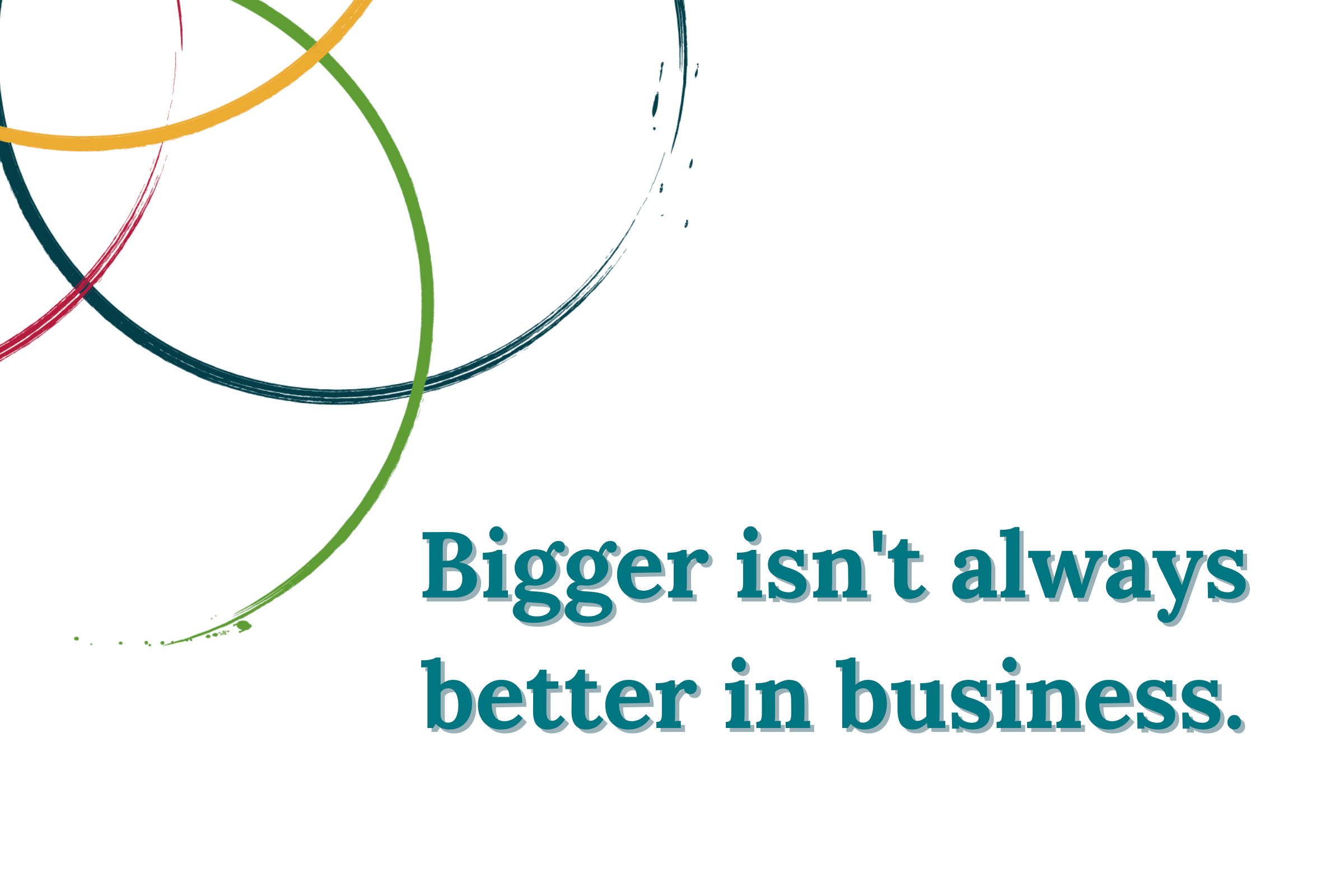 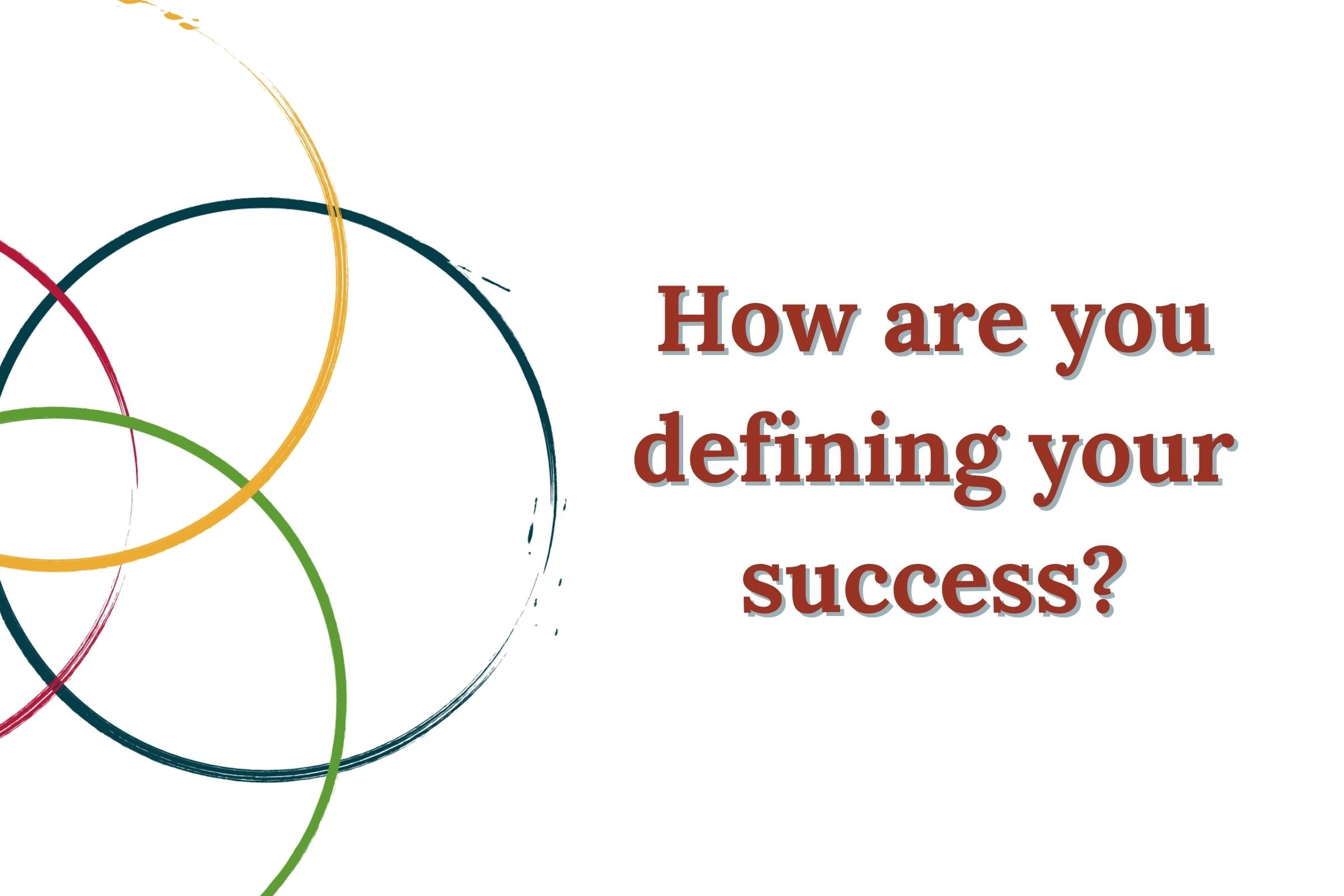 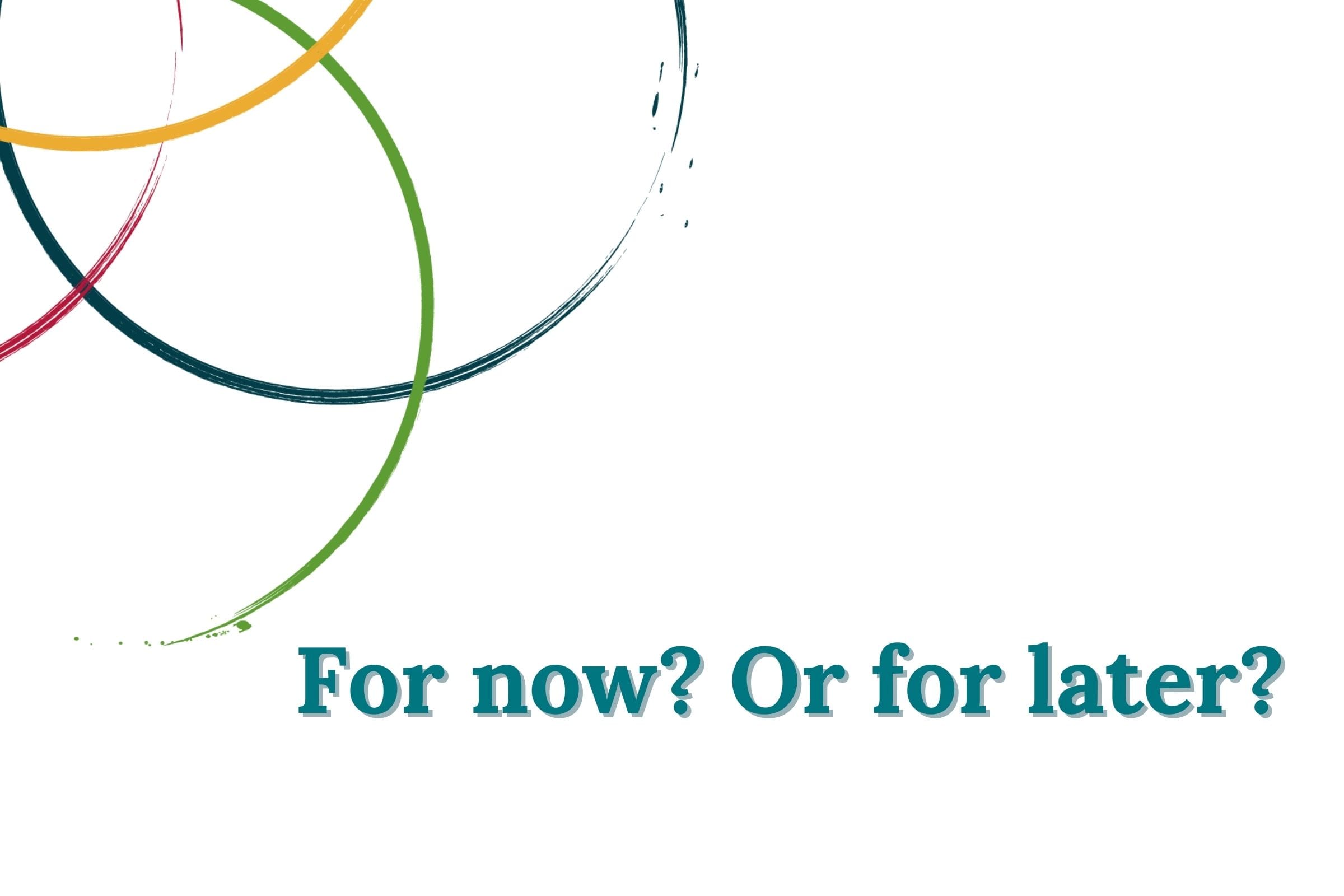